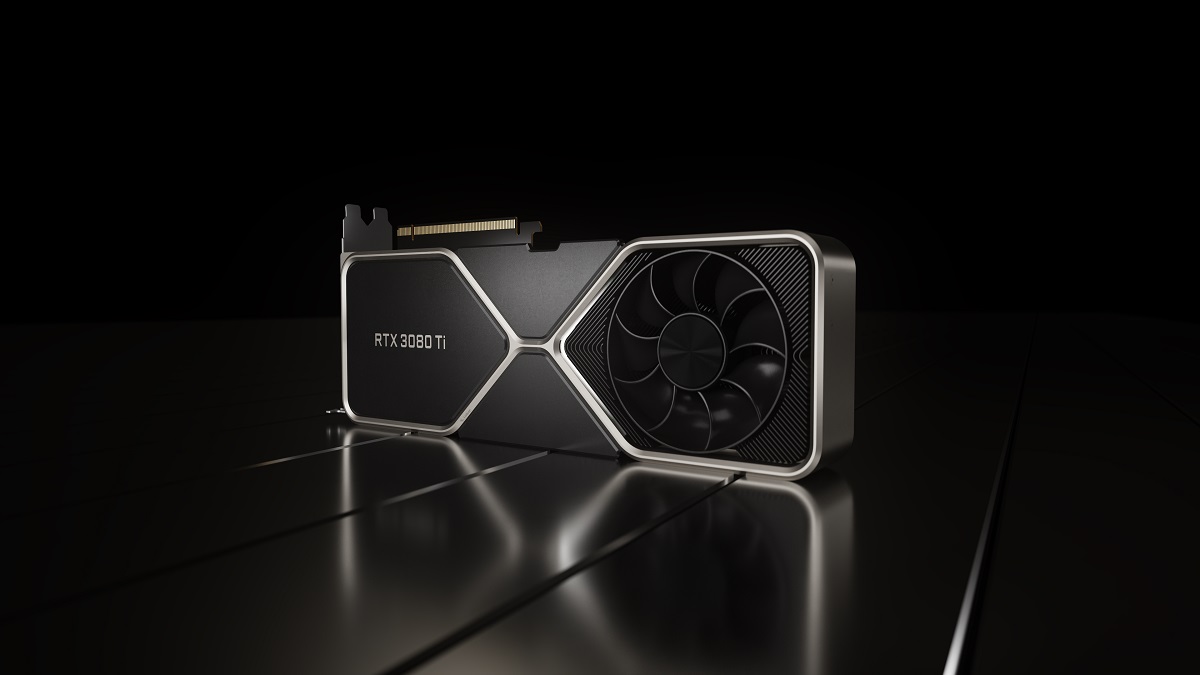 Elevate your enterprise data technology and strategy at Transform 2021.

The 3080 Ti GPU is the flagship GPU for games, and it’s based on Nvidia’s Ampere architecture with second-generation RT cores and third-generation Tensor cores.

“The 80 Ti class of GPUs represents the best of our gaming lineup,” Fisher said.

Fisher also showed off some new laptops using RTX from HP, Acer, and Alienware. Fisher said the RTX 3080 Ti is 1.5 times faster than its predecessor and tears through the latest
games with all the settings cranked up. And the RTX 3070 Ti is 1.5 times faster than a 2070 Super, thanks to more cores and 12 gigabytes of fast GDDR6X memory. It has 34 shader teraflops, 67 RT teraflops and 273 Tensor teraflops.

Above: Nvidia’s RTX is used in more than 130 games.

Fisher noted some big gaming milestones. He said Minecraft’s open world is estimated to have grown to 4 billion square kilometers, or eight times the surface of the planet. Valve just announced that 2021 Dota championship will feature a $40 million prize pool. Roblox had 42 million daily active users in the first quarter, up 80% year over year. And there are 45 million professional and freelance creators fueling an explosion in digital content.

“Our laptops have accelerated over 25 billion hours of content creation, thanks to all of our partners who are just as excited as we are about reinventing this market and are joining us in the next major leap forward,” Fisher said.

Matt Wuebbling, vice president of global GeForce marketing at Nvidia, said in a press briefing that the semiconductor shortage is still affecting Nvidia, and that you can expect see supply tightness, as Nvidia announced during its recent earnings call. He said Nvidia expects to have good availability on the launch dates.

“You see the pace of innovation and gaming continues with new games, new everything,” Wuebbling said. “We aim to deliver that, regardless of the environment.”

GamesBeat’s creed when covering the game industry is “where passion meets business.” What does this mean? We want to tell you how the news matters to you — not just as a decision-maker at a game studio, but also as a fan of games. Whether you read our articles, listen to our podcasts, or watch our videos, GamesBeat will help you learn about the industry and enjoy engaging with it.

How will you do that? Membership includes access to: