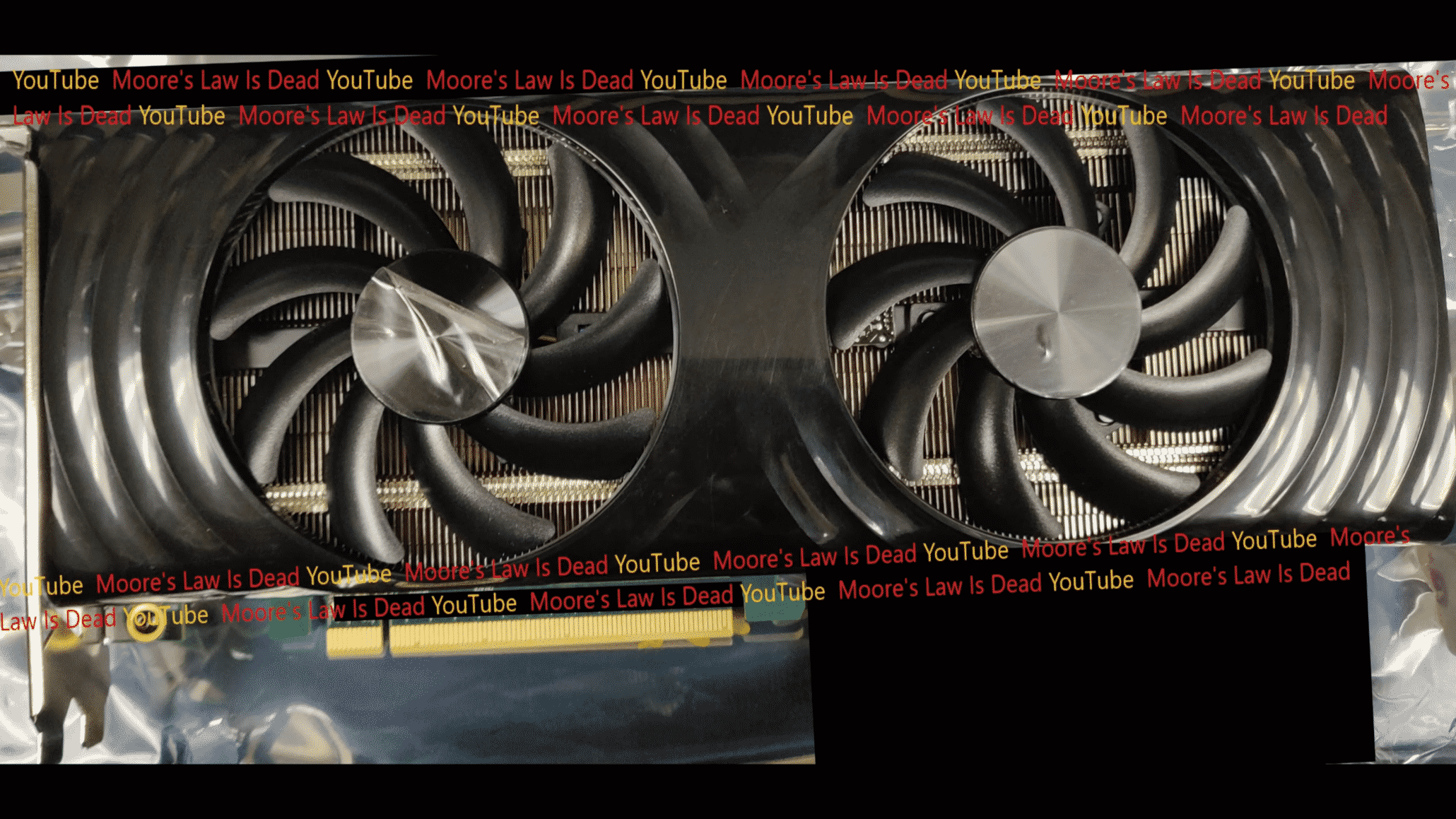 However, the leaked images are of an engineering model but the leaker has provided detailed specifications of the model along with its expected performance numbers.

The Xe HPG DG2 GPU is based on the Gen 12 graphics architecture, which is a brand new design. The graphics cards will fully support ray tracing and a range of other capabilities such as Intel’s own DLSS competitor which is internally being referred to as XSS (Xe Super Sampling).

We cannot speak much about the design, as mentioned above the leaked images only show the engineering model and not the final design. The pictures show the card running a dual-slot form factor with dual-fan cooling, a large aluminum fin heatsink, and the Intel logo plastered over a small acrylic panel (note the L is missing).

Every variant of the Xe-HPG based DG2 GPU SKU will have various configurations which will range from the full-fat chip to several cut-down variants. The top DG2 512 EU variant will have 4096 cores, a 256-bit bus interface, and up to 16 GB GDDR6 memory (8 GB GDDR6 listed too).

It is being expected that the GPU will not be launched until Q4 of 2021 or it may also be released in the early next year. Intel is yet to provide its AIBs about the cards yet as the cards are still receiving design tweaks by Intel themselves.