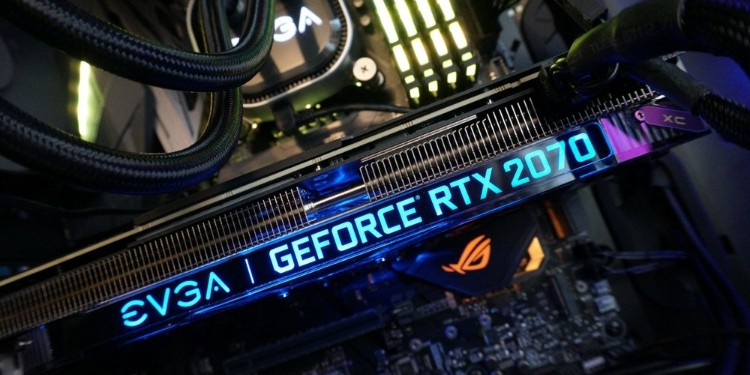 Finding The Best Graphics Card For You

If you’re sitting there asking yourself, ”What graphics card should I get?” and aren’t familiar with the specs and technical terms we’re tossing around, don’t worry: we have you covered.

While the last section covered the best video cards, in this section, we’ll go over key GPU specs and technical terms used throughout our reviews to make sure that you understand what’s going on when buying a new graphics card. For instance, you’ll want to be aware of GPU bottlenecking when buying a GPU and its partner CPU.

Yes. Its literal size. For most situations, this shouldn’t be a huge concern. However, certain cases and/or motherboards may cause problems.

Of course, this problem is usually magnified by cards that are literally large, like the RTX 2080 we choose that has 3 fans.

If you are shopping on a budget then you need to consider the best bang for your buck. We’ve got a few articles on the best graphics cards on a budget right here:

We hope this helps you find the right graphics card for your gaming rig.

GPU architecture is, simply speaking, the baseline upon which a GPU is built. Typically, the first version of a GPU architecture debuts in a high-end card– like the RTX 2080 Ti with Turing– and what you see afterward are cut-down versions of that same architecture. This means reductions in clock speed, VRAM, cores, etc. in order to manufacture cheaper versions of the basic architecture and target more price ranges.

We’re going to go ahead and list the common architectures below:

Don’t expect graphics card overclocks to push, say, an RX 570 to the level of an RX 580. Expect roughly 10% performance gains in the absolute best of scenarios. With that said, overclocking isn’t really going to give you outstanding gains, just a tad more frames.

VRAM is used by the GPU to handle streaming textures, post-processing effects, and high resolutions; you know, those things that video games are constantly doing. The higher your VRAM, the better it should be able to handle resolutions like 1440p and 4K. You’ll generally want a minimum of at least 4GB VRAM available in a graphics card if you plan on playing VR games, for instance.

Where VRAM comes most into consideration is when comparing multiple models of the same GPU. The RX 570 and 580 both come in 4 and 8GB variants. Where possible, always opt for the 8GB version of these cards, unless you’re only playing in 1080p.

Framerate (FPS) and resolution refer to how your game is rendered. In simple terms, framerate is how smooth your gaming experience is, and resolution is how clear your experience is. Low framerates will have increased input latency and look choppier, while low resolutions will look blurrier and less defined.

Below, we’re going to list common framerate and resolution targets, which will better contextualize how we refer to each card’s performance.

Note: Your gaming monitor’s refresh rate corresponds directly to the maximum framerate it can display.

Note: “Native” resolution is the maximum resolution of a display in solution. A “native” image will always look sharper and clearer than an “upscaled” one.

Occasionally, you may see mentions of other GPU technologies in reviews and product pages. We’ll explain these here.

Best graphics cards for gamers and creators in 2021